If you have questions, want to network with other top media buyers or want access to emerging strategies, check out our Free Facebook Group. Enjoy the Blog.

How Many Video Ads Should You Test Each Month? 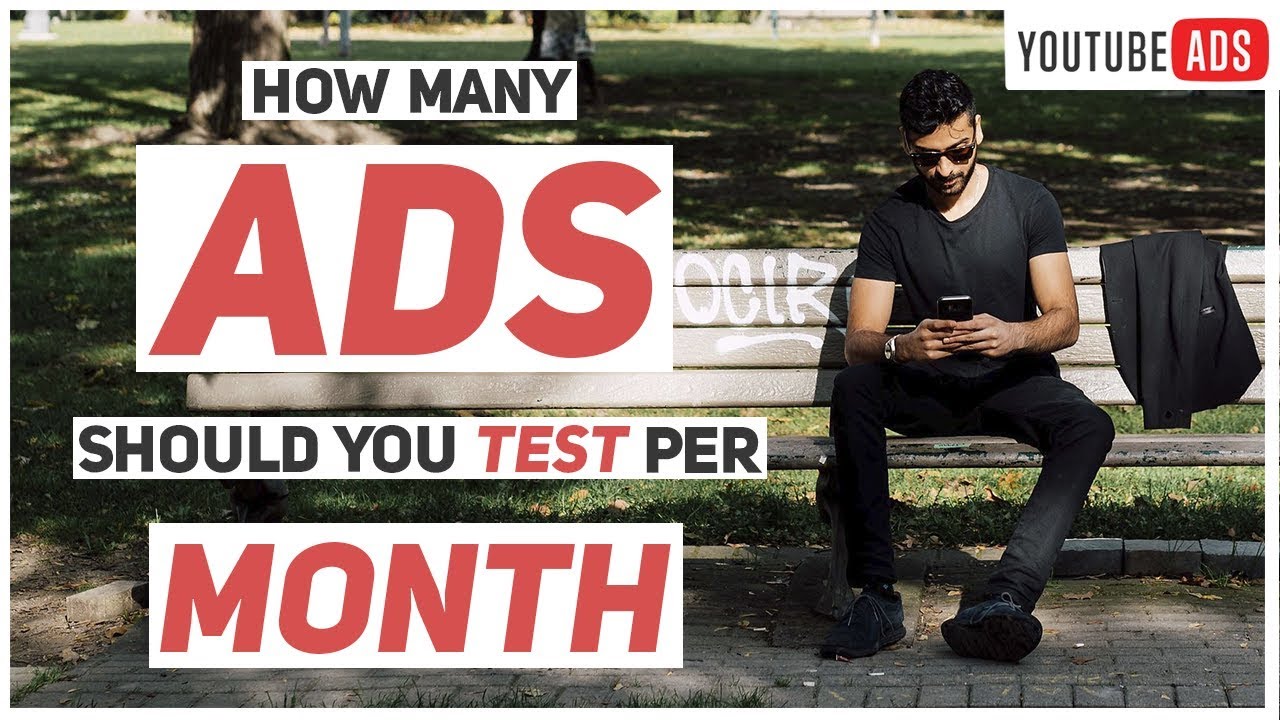 In this section you will be supplied with tips that allow you to get more creative while putting in the same amount of effort.

A common question people ask about YouTube advertising is “How many creatives should you test a month and at a time?”. Great question – it has been observed that many clients who give a lot of creatives produce better results. Some clients give one creative every few months and, in many cases, still have success, but the biggest success stories are when the agency is constantly getting new creatures and a ton of variations. Recently, a client gave 45 video creatives to begin with – the more you give, the more weight they carry!

Why should you test creatives?

The reason why testing video creatives is so important is because YouTube is a video platform, so you need to be testing variations. It comes down to the fact that on any ad platform, the creative is one thing that needs to be tested over and over again. The more testing you do, the better results you get. The secret to scaling YouTube ad campaigns to be bigger is a great creative. You don’t find that tremendous creative unless you’re aggressively testing. You want to be testing 20-30 variations if you’re spending a lot of money.

Let’s talk about the two factors that determine how many creatives you should be testing:

Let’s talk about budget. If you are spending $50-$100 a day, you can test a couple of creatives at a time, maybe four to five creatives every month! You will see which ones work and which ones don’t, and you can then test them against the back up creatives. At this lower budget, four to five is a decent amount. You can shoot them in a couple of hours and it doesn’t require too much work.

On the other hand, if you’re starting at $1,000 a day, and you want to scale to $5,000- $10,000 a day in terms of spending, then you want to think about testing 20 creatives a month. Start out with testing five at a time and split-test them against one another. Make sure you split test them with the same audience to ensure you’re getting accurate data.

If you have the time to shoot more — the more creative, the better.

Tip – You can get more creative while putting in the same effort.

If you’re hired a videographer for three hours and you’re shooting five different video ad concepts, you can shoot multiple hooks for each concept and then edit that in. If you have four different video concepts, and you shoot three different hooks, you now have 12 unique variations and shooting those hooks takes 10 seconds.

Want us to do your video ads marketing? Or do you want to learn it yourself?

What is a hook?

Tip – Take your b-roll footage and splice it into two different ads – that allows you to have many more variations.

Test as much as possible, but if you’re on a low budget you don’t need to test more than 4 or 5 a month. If you’re spending $500 – $1000 a day, you want to start spending more time on the creative and getting more variations, as well as creating more variations through smart editing.

Want us to do your video ads marketing? Or do you want to learn it yourself?